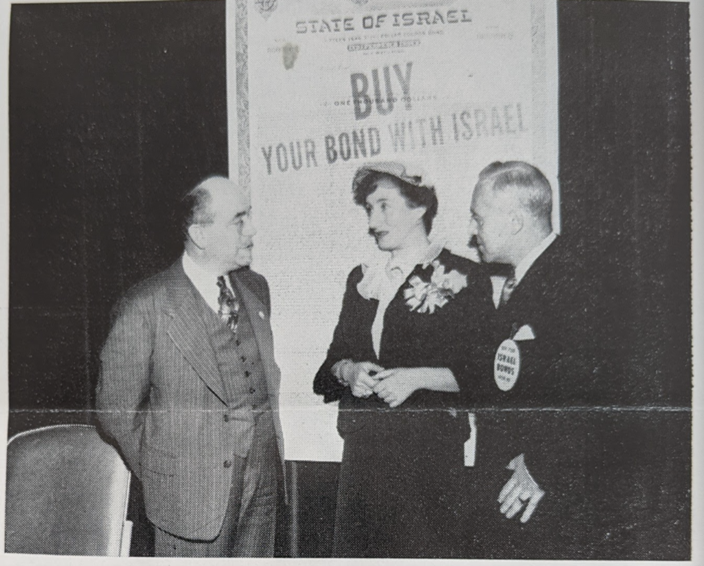 Rabbi Rosenblatt convinced his leadership that he could appropriately gear his Yom Kippur message to “lead directly into modern Jewry’s duties toward the reborn Jewish national home” and raised a record $100,000 of Israel bonds. In his memoirs Rabbi Rosenblatt wrote, “Our congregation had shown the way [and many other] Orthodox synagogues of Baltimore soon followed suit.”